Monkey Temple Festival brings out the best in Thailand

Image copyright Getty Images Image caption Tourists at the annual festival dress up in monkey costumes and pose for selfies The long, hot weather in Thailand means it is a good time to visit… 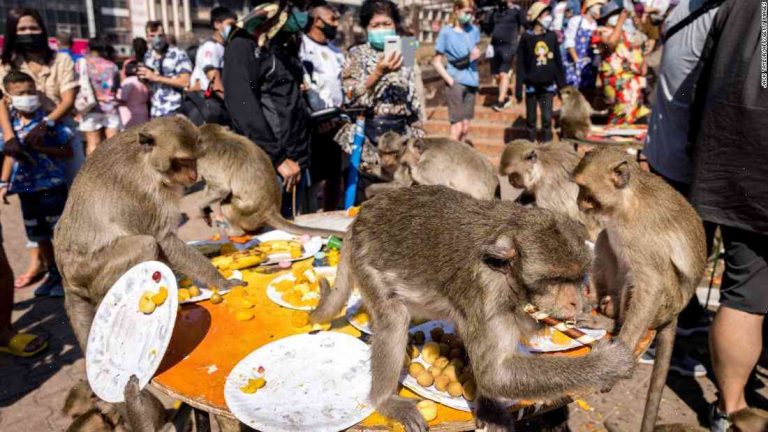 The long, hot weather in Thailand means it is a good time to visit the capital, Bangkok.

People come from across the world to visit the famous Monkey Temple – or Wat Phra Kaew – where they dance, eat chicken khao soi and pose for selfies.

But the festival doesn’t end with the prayers, going further than that.

Every year people dress up as monkeys and show off their styles at the festival. There are thousands of people who dress up and people make thousands of animals, snakes and birds.

More than a million people visit the temple – an institution in Thailand – and the Temple of the Emerald Buddha in the Wat Pa Kaew complex to see the festival.

The founder, Phra Ekachai Choonphunt, said in an interview with Thai media he never imagined the festival would become so famous.

“It was just an idea and we never imagined it would have this big of an impact,” he said.

The festival started in 1948 when a local shopkeeper tried to create a festival for the mandala, a sacred symbol.

They decided to dress up like monkeys to promote peace.

This year it marked the end of shooting-out – a roundabout contest in which people shoot rubber bullets at each other.

Parades attract huge crowds and are timed to be just before sunset to catch as many birds as possible.

The taxidermists make animals from scratch, creating all types of animals, including monkeys, snakes and crocodiles.

Several people died in recent years but the festival continued as usual.

The temple has staged the shooting-out for more than 20 years.

Visitors are not allowed to shoot birds in the temple grounds, however.

According to the official website, no animal protection group in Thailand “acts like we want to hurt the animals and take away their dignity”.

The organisers encourage people to practice love and harmony for every animal, whether it is a monk, a pig or a monkey.