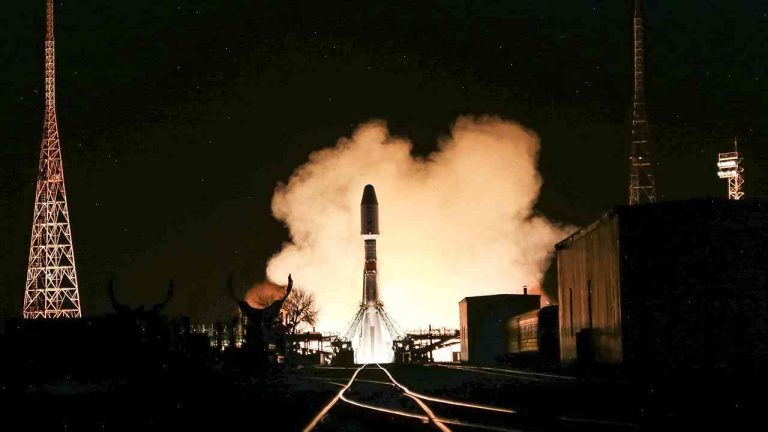 The Soyuz spacecraft carrying the International Space Station’s newest member has been launched, it has been confirmed.

The Soyuz MS-02 spacecraft, carrying Dutch astronaut Andre Kuipers, commander of the assembly mission aboard the space station, as well as astronauts from the US, Canada and Japan, lifted off from Baikonur Cosmodrome in Kazakhstan on Tuesday morning.

The Soyuz MS-02 spacecraft at the launch pad in Kazakhstan on Tuesday. Photograph: Aleksey Dedik/TASS

The orbiting space station, at 250 miles (400km) above Earth, is home to six crew members, who spend around six months there each year and prepare the station for the arrival of more launches later this year.

The European Space Agency says its 2020 research equipment is being fitted to the station ahead of an expected boost in its capacity from its current crew of four to six members.

The previous crew aboard the ISS were NASA astronaut Anne McClain, Russian cosmonaut Oleg Kononenko and a representative from India, with a female doctor also on board in a skeleton team of seven people.