Bayern Munich’s Alphonso Davies, a Canadian 20-year-old who was brought to Germany by the club on a season-long loan deal from MLS club Vancouver Whitecaps this summer, has launched a youth football series on… 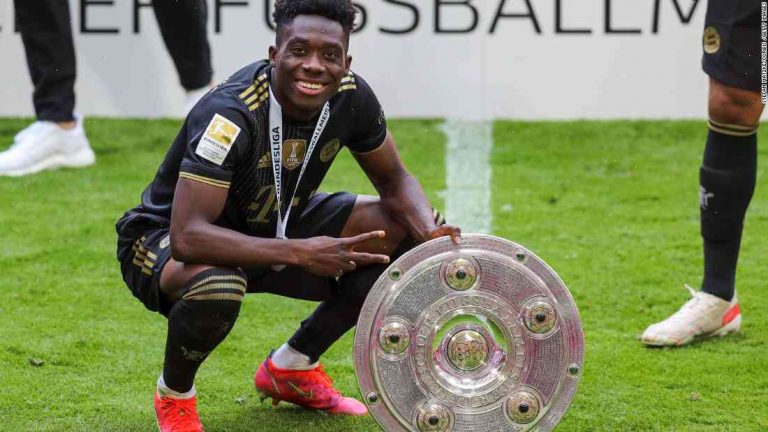 Bayern Munich’s Alphonso Davies, a Canadian 20-year-old who was brought to Germany by the club on a season-long loan deal from MLS club Vancouver Whitecaps this summer, has launched a youth football series on German television.

Seven games over eight days, starting on 2 November, will focus on player development at a number of clubs across Germany, including Schalke, Borussia Dortmund, Mainz, Wolfsburg, Werder Bremen, Hertha Berlin and Hertha Frankfurt.

Davies is still under contract with the Whitecaps for the next two seasons. He arrived in Germany with little experience outside of the MLS, and was immediately loaned to 1860 Munich on loan and from there to Bayern.

“When I signed my contract with Bayern Munich I knew what I was getting into and I have been absolutely overwhelmed by the willingness to develop young players here,” Davies said. “I am not here for an ego trip and would like to thank the many clubs who have shown an interest in young players and, in particular, Germany.

“I don’t want to just be another name to record. I want to grow into a football player worthy of the position that I am being promoted to. It’s up to me to impress the public and inspire young people.”

When he joined Bayern in July, the German champions had made record recruitment spending, offering DfWs €6m per year for five years to lure Davies from the Whitecaps. During the European Championships, Davies scored one goal in two matches, though none in the knockout stages.

Speaking at the time, Bayern’s youth coach, Oliver Bierhoff, said his plans for Davies were clear. “Alphonso is coming to this club to develop himself and to help our success. He is a special athlete who is really mature for his age. I’m happy about it.”