F1 driver and driver’s trainer Long-serving Formula One team owner Frank Williams has died, aged 79. Williams built his own team after making his fortune as a coal and oil trader and sold it… 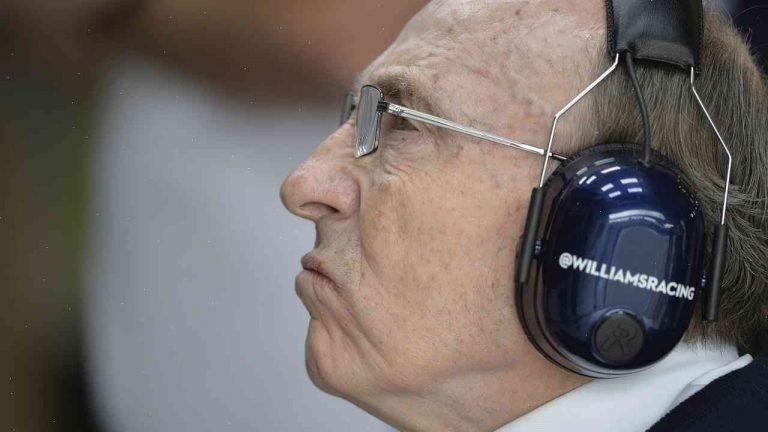 Williams built his own team after making his fortune as a coal and oil trader and sold it to MCCR International in 2016.

“On behalf of the whole Williams team, I would like to announce the passing of one of the great men of motorsport, Mr Frank Williams,” said team principal Sir Frank Williams.

Media playback is not supported on this device Singapore Grand Prix 2000: Williams win for Williams – speed cameras rapped down

“He will be missed by us all and he leaves a huge legacy to his family and to the sport he loved so dearly.”

Born in Bushey, Hertfordshire, and at the age of 20 working for the company his father ran, Frank graduated to racing GT cars and their motorsport engineers.

He financed his first Formula 1 entry in 1961 and in that era almost invariably took his cars with him to the track.

After gaining a job as a race engineer with Williams in 1962, he was promoted to engineering director and in 1964 drove his first race in Belgium.

He took over the team from founder Sir Frank Williams in 1970 and by 1973 he owned it and drove his own team to victory at the Monaco Grand Prix.

He started his team again in 1982, winning a second drivers’ title with Nigel Mansell in 1985 and a third with Nelson Piquet.

His team made a comeback in 2007 after some struggles but it was declared bankrupt at the end of that season and the team renamed as Williams Racing Ltd.

Williams Racing are owners of the HRT Formula One team.

In 2010, MCCR bought Williams out of bankruptcy after 11 years of running it as a team owned by Frank Williams.

1960: Back in Formula 1. Unsuccessful but critical to sport’s start

1970: Won championship in his own team. Success with Mansell led to retirement. Used to own Mercedes.

1971: The team again won drivers’ title with Piquet, despite intense rivalry with Alan Jones. Return to Mercedes ran into financial trouble and forced team to revert to Williams.

1972: Last F1 team to have a boss managing all three championship series. Can win GP3, GT3 and then IndyCars. Yet to win IndyCar race.

1973: Return of Williams Racing in all three series.

1974: Return to F1 was mired in controversy. Alan Jones dominated in the same year that team also had a bad season. Return to Williams again.

1979: Returned to GP2 with Alain Prost and Jacques Villeneuve.

1986: Williams won drivers’ title for second year in a row with Nigel Mansell. Returned to Mercedes engines and struggled until the early 1990s.