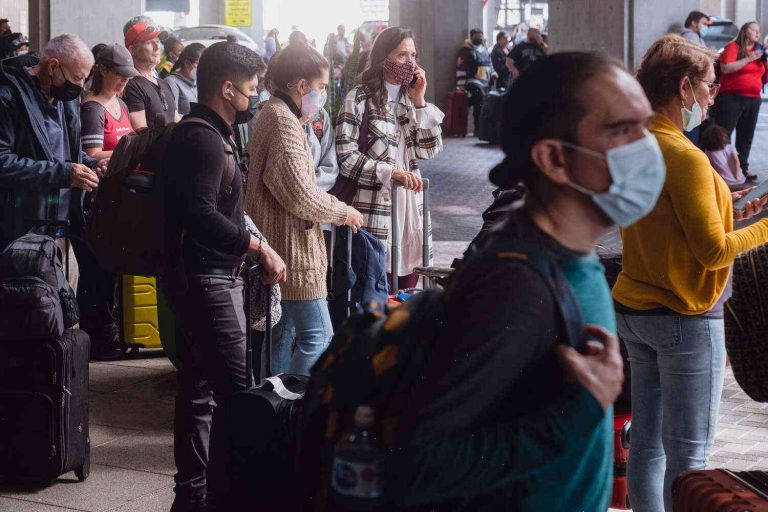 Just as airlines begin winning the peace and quiet they’ve been asking for, Thanksgiving travelers will be facing even more constraints than usual. The Thanksgiving travel period (from November 24 to November 28) will be the second-busiest of the year, with more than 950,000 travelers. That’s up roughly 7 percent from the previous year. It will also be the most crowded Thanksgiving holiday weekend ever, when more than 232 million passengers will fly domestically. Traveling by train or car won’t be much easier. Parking spaces at airports will be at a premium, and United and American Airlines warned passengers last week to expect lengthy security lines and reduced flight capacities as they prepare for the massive increases in passengers over last year.

To put it another way, travelers are on the receiving end of another “what-it-costs-me” reality check.

Here’s what I mean:

1. Higher costs and diminished perks. It costs a lot to provide the services that passengers want, but airports and airlines still don’t have the authority to cut their expenses. To achieve greater savings in areas like overhead and labor costs, airlines have been reducing the number of flights to some destinations. Where they do run out of space or personnel, they pass the cost on to passengers in reduced room or service.

2. Frustrated passengers. Travelers will feel it because airlines and airports will be more crowded, with long lines, slow boarding times and reduced availability of service. Meanwhile, those who chose not to fly have been left behind.

3. More fuel and maintenance problems. The upward pressures on operating costs and on airline profits are likely to intensify. Earlier this month, Delta Air Lines decided to raise its domestic fares by $6 to $10 to partly offset higher fuel prices. (Delta also deployed 700 more pilots to its fleet this summer, bringing the total number of pilots to 14,400, which is only about 6 percent of its total pilot corps of 44,000.) The other airlines are likely to follow Delta’s lead, reducing routes, capacity and schedules to make up for fewer passengers and increased operating costs. Look for higher fares in the next few months, too.

4. Declining safety. The problems don’t end there. As you return from your annual getaway and relive the flight delays and cancellations you endured, remember that many airlines are essentially uninsurable. Airlines can’t write off liability for passenger injuries caused by a medical emergency.

First Afghanistan airman reports on Afghan disaster: ‘When we got there, there was no clue about how to get out of it’