Storytelling platform CNN iReport recognized 10 men and women who helped change their communities and the world in 2018. Remembering the heroes who took action and gave back CNN iReport featured some of the… 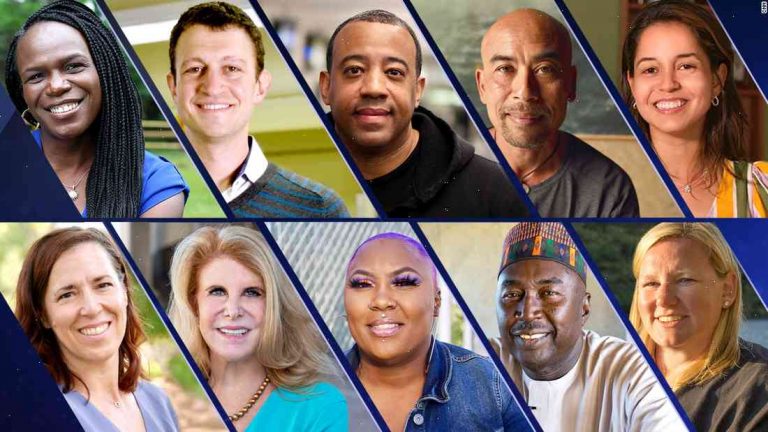 Storytelling platform CNN iReport recognized 10 men and women who helped change their communities and the world in 2018.

Remembering the heroes who took action and gave back

CNN iReport featured some of the most powerful and inspiring stories from around the world from folks within 12 of the most populous cities in the world. From tough cases finding hope and courage to foreigners whose journeys enabled widespread change, CNN iReport was eager to share the stories of people making a difference.

On 9/11, PRI anchor and correspondent Margaret Warner learned firsthand why so many young Americans run to the top of the Empire State Building when they hear “Falling Angels.” Photographer Erick Henry also shared how he and his team decided to capture a close-up look at the last flight to leave the World Trade Center. Photographer Jim Brunner continues to report on the devastating wildfires that swept through Texas and the effects they have had on both the region and those living nearby. And Gao Shuang sees the effects of dry conditions from his hometown of Mexico City on the tough choices made by families and friends.

Here are some of the CNN iReport stories that made the cut in 2018:

CNN iReport met Lauren Adams, mother of U.S. First Lady Melania Trump, and why she suffered from bone marrow disease for 15 years and set up a PET/CT scan. The once-skeptical mother welcomed the diagnosis.

When Los Angeles Police Department Deputy Chief William Lee Simmons lost his daughter in 2007, he became a father who wanted her to be like every other teenager. It took him five years to gain the courage to seek help, but two years after his wife’s death, Simmons said, “I feel like I’m doing exactly what my family member would want me to do.”

A Tribute to the Fallen: Words to Live By

Emanuel Brown, CNN iReporter from Austin, Texas, moved to the city of Detroit after his son was killed by the police. He found healing in the family of the officer who killed his son, along with being able to give back to the Detroit community that had already shown him that what goes around, comes around.

Crime and violence in Baltimore

CNN iReporter Layla Hamed returns to Baltimore to report on the violent crime that has plagued the city for a century. She says, “I was going to come back to Baltimore with a bad gut. But I didn’t. I want to learn the truth.”

Founder of Four Door Art Lini Tanayshanya describes her journey from her native Indonesia, to China, to America. It all began when her cousin brought her some art she’d found in India. It’s those paintings she’s keen to share, because, “If art helps people understand how they can improve, it’s awesome.”

Hail to the Champsémer! Champaign University Student’s Family Hope with Order of the Tiger

Lester Wong, CNN iReporter from Champaign, Illinois, shared the journey of his grandparents in celebrating the life of the aforementioned Order of the Tiger Lion Dance. The pair had been separated for 14 years, until Wong reconnected them.

In an emotional story about the person who takes comfort in hearing his story, Shawn Thornton, CNN iReporter from Miramar, Florida, is told that “by doing what God has called you to do, he hears your prayers.”

CNN iReporter John Florencio fled Caracas for the safer city of San Antonio after taking some time to focus on his faith. It was “a major decision” but a life-changing one for the American citizen who, in the process, encountered the nation’s frustration with violence, poverty and shortages.

CNN iReporter Ryan Aska is an accomplished football player, but lost his playing ability when a traumatic injury in high school damaged his spine. Fast forward five years, and there he is practicing football with an incredible competitive spirit. Watch iReporter Silas Perry’s critical observation as Aska showcases his outstanding athletic ability.

Pudyya Dansaymon is the founder of Shot to Health Worldwide, an organization which identifies an athlete, connects him or her with the right doctors and helps the athlete make the best decisions to have an effect on their lives.

“The desire to change is what makes our stories inspirational and worth sharing,” says iReporter