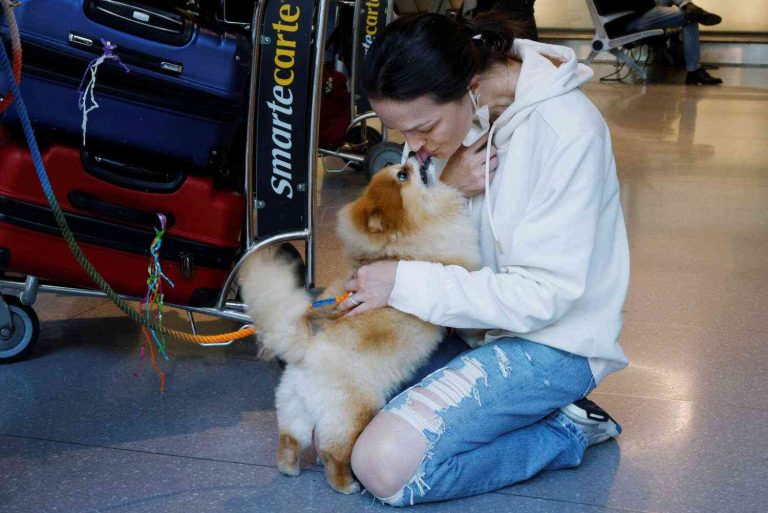 The District of Columbia and two outer boroughs will resume allowing dogs to accompany their owners onto the Metro this weekend as a result of this week’s change in the order of the president’s travel ban on Iran, Iraq, Syria, Libya, Somalia, Sudan and Yemen.

Metro board members voted to reinstate on Monday and announced plans to allow dogs last week when President Donald Trump’s order — temporarily banning travel from these seven countries — went into effect on Thursday. That move was blocked by a federal court that ruled the president lacked the authority to restrict travel based on religion or national origin.

The ban covered citizens of the seven countries and Syrian permanent residents — but not U.S. citizens with green cards.

“The ban has been lifted and the D.C. and local agencies will provide access to Metro for border agency waivers for all residents of the four affected countries,” Bowser wrote. “I would like to thank everyone who worked so hard to get us to this position and wish them well on this new opportunity.”

She said the D.C. Homeland Security office has a list of conditions to ensure that those traveling with their pets understand the costs associated with those going on business trips, for example.

As mentioned above, Metro also announced plans to start accepting entry cards for those being issued H-2B visas, which allows companies to bring guest workers into the United States.

The city and its surrounding areas along the rail lines have seen a steady stream of dogs in transit for the past three days. Most of the dogs boarded trains early last week as a result of the ban. Those owners had gone through the City Humane Society’s expedited process to get their dogs here, but the shelter has struggled to accommodate the mass influx of customers.

Even with the limitations on the service, the shelter has seen a good portion of the dogs it had screened arrive at the shelter.

“There has been a lot of debriefing,” said Sheila Sweeney, the shelter’s communications manager. “[Customers] have experienced a lot of discomfort in not being able to meet their dogs as soon as they arrive. We tell them if they have any issues with that, they can talk to us.”

That will change this weekend as the flights return to more normalized, pre-ban levels.

“[The owners] are excited to be able to have them with them and to meet them when the flights get here,” Sweeney said.

While some pet parents have talked about long lines at the shelter and the difficulty to leave behind their pets, Sweeney said she has seen a positive response from those who have discovered they can now travel with their pets in transit.

“[Many pet parents] are starting to make plans for what we call their ‘downtime,’” she said. “They’re going to be going out and taking the dogs out a lot during that time.”