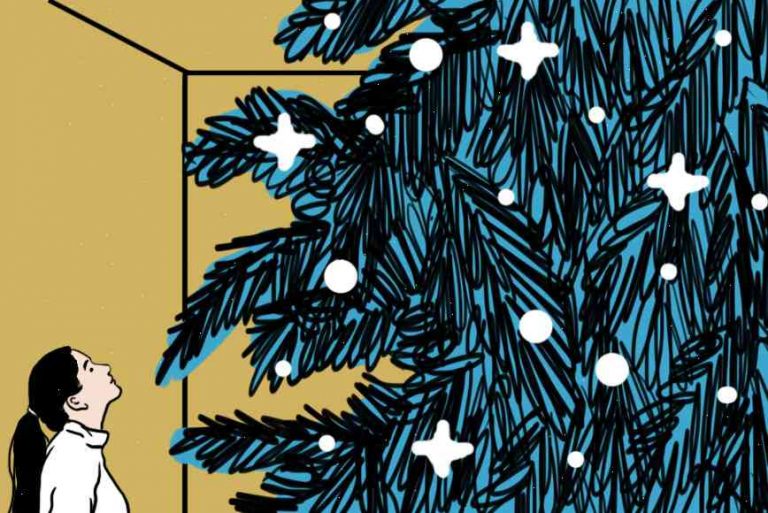 Yesterday’s menorah protest in the historic private co-op building where President Trump lived from 1987 to 1990 — ostensibly his first time in New York — brought forth powerful emotions and is turning into a national conversation, writes a member of the board of the Broad apartment.

Amy Grosh, a Manhattan-based magazine editor, took part in the demonstration on Tuesday after hearing of a longstanding discrepancy between the arrangement at the building, and in the One57 tower next door. The women’s annual menorah will be displayed on the 11th floor of the Broad apartment, opposite a giant Christmas tree, this year.

Reasons for the menorah’s separate arrangement? Its involvement in the “anti-Semitism” of the Holocaust (though that doesn’t explain how there aren’t enough displays of Hanukkah candles anywhere else), Mr. Trump’s frequent stays in the building or something else. In the case of Mrs. Trump, there was a 1993 accident in which the tower’s light fixtures broke, leaving her in complete darkness.

“It is incredibly a homecoming,” Ms. Grosh said on Tuesday.

Ms. Grosh said the board supports the menorah on the 11th floor, because of its proximity to the building’s Great Hall. Nevertheless, Ms. Grosh would like to see a more global perspective on the co-op’s marketing materials — listing a menorah, the “best place to hold a menorah” in the building, next to a Christmas tree.

A memo from the board makes clear the building doesn’t share that view.

“We are not marketers, nor do we intend to promote this use of the 11th floor,” it reads. “The lighting of the 12th floor menorah is not promoted as ‘the best place to hold a menorah.’ ”