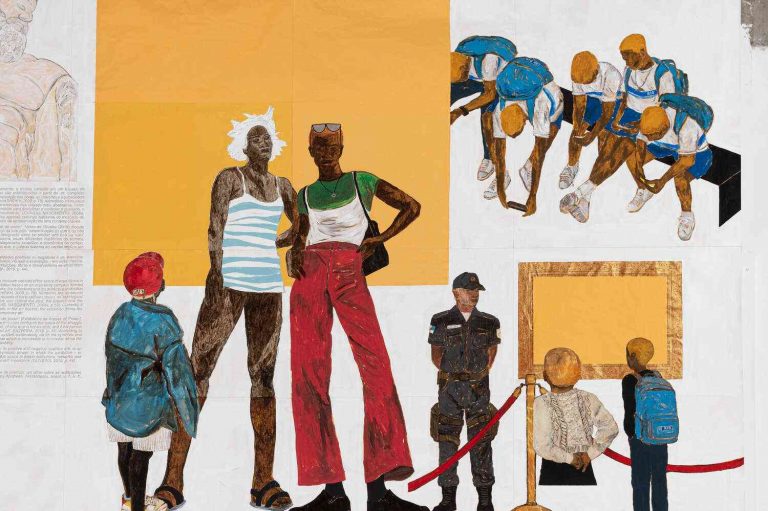 As part of today’s inaugural art retrospective at his new Miami Beach gallery, chichi art world big cheese Jack Matlock is planning on bringing the matter of preserving and exhibiting more historic art to the fore. Matlock and colleague Aya Yen Kawahara of Vintage Consulting are opening A.M. Projects, a spot that will create a space where “[t]he beautiful past, while still catching the attention of past artists, can speak to contemporary viewers, while looking at what is happening in culture today.”

A.M. Projects, which will feature a rotating selection of fifty-odd artists, will be a landmark for an art world with no shortage of huge opportunities for large-scale, traditional commercial galleries. Matlock and Yamahara are betting on the fact that artistic sentiment is on the rise across the country—and the world—as well as the platform for more small and experimental galleries, and that many of them want to put a push on the movement. “Many artists exhibit their work in very traditional spaces as well as in very experimental ones,” notes Matlock. “The idea of creating a lot of different spaces that are both ones you’d expect and ones that are unexpected can be a way to continue the spirit of inclusivity that our exhibition is celebrating.”

Over the course of the month of December, A.M. Projects will host a series of programs. On the opening day, Matlock will bring in Walker McGuire to talk about photographing Egypt in the Great Depression and Onroop Munamra, one of the last original Indian sculptures, to trace a sculpture which resides at the Guggenheim. Artist Esther Freund will talk about her light-and-shadow series on the geology of Miami Beach and singer Devendra Banhart will share his moves as part of his “trick-level” stage show.

The 17 pieces in A.M. Projects’s first exhibition—Broken Figures, a fifty-eight slide docu-drama by Russian-born NYC-based writer and artist Yuri Gostenko—are just the beginning of a new plan to reflect wider changes in the art world and beyond. “We’ve all lived with museum-building,” notes Yamahara. “That space is no longer the way that you start your conversation with museums. You want to set up a dialogue with art that is distributed in different ways—your WhatsApp, your Facebook, your Instagram, your Twitter.” The two of them are taking the rumors about shutting down smaller art spaces more seriously than most of their peers and hope to show their exhibitors and consumers that D.C. has potential.

So, while museums will continue to establish themselves in a host of new and increasingly creative ways, we might just see an aggressive push on the part of independent and high-profile dealers to catch up and define the new way of interacting with the art world.