China eyes 10% electric vehicle sales by 2025, but is it ready for the race

China’s ambitions to become a global leader in electric vehicles may not mean that the “Great Chinese Wave” of production will crash on European shores anytime soon. The internet-powered boom has been huge for… 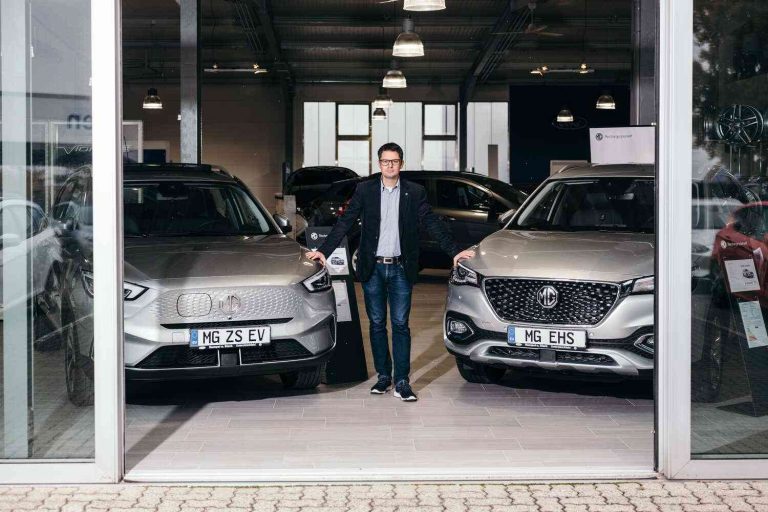 China’s ambitions to become a global leader in electric vehicles may not mean that the “Great Chinese Wave” of production will crash on European shores anytime soon. The internet-powered boom has been huge for much of this decade, but surging SUV production in China has put the auto industry there on notice.

With a $1 trillion government commitment to clean energy technology, China’s automotive sales have exploded into the millions for two straight years—twice as many vehicles as the US, Europe and Japan combined. All this led to Beijing announcing an aggressive date to replace conventional gasoline-powered vehicles with EVs by 2030. The goal is for electric cars and bikes to be 60% of Chinese vehicle sales by then.

Much of China’s production is focused on mass-market cars for the Chinese market, with most models built and sold within the country. The most important carmaker to watch in China—by far—is BYD, the U.S.-Sino joint venture that went public in 2013, focusing on new-energy vehicles including EVs. An income-driven government, BYD has been the largest EV producer in China for years.

But other Chinese manufacturers also have been beefing up their electric output—and have risen as the No. 1 or No. 2 vehicle producer in each of the last two years. In addition to BYD, no less than eight of China’s 30 car manufacturers have disclosed a specific EV or EV component launch this year.

By 2025, China is targeting about 10% of vehicle sales to be electric. The government’s goal is less than 5% of non-diesel purchases by then.

Despite the Beijing target, some expect the German, American and Japanese automakers to counter with a strong post-2020 push. “We know that none of those countries are sitting still,” says Chris Lawrence, head of luxury automotive practice at McKinsey & Company in Hong Kong. “And I think from what they are saying right now, they will be moving very, very quickly to meet the Beijing target—very quickly.”

But China is ahead in certain areas, including roads, charging stations and the abundant available battery charging points. In September, for example, Britain—the self-proclaimed EV leader—launched an EV testing platform where the government encouraged a dozen major fleets, including those of BMW, Jaguar and Citroen, to ditch their oil-burning cars and put in 100 fully electric vehicles between them. Germany similarly had similar tests of its own.

In France, by contrast, only 1% of public buses or trains are fully electric. Some of the same governments that had been prodding the coal-reliant economies of the West to switch to clean energy have been grappling with a slow, month-to-month transformation of their own. Beijing has been proactive there, setting up entirely new electric-bus and train manufacturers as well as sharing charging station bases, and finally, subsidizing new bus fleets in times of high demand to cut congestion.

On the car side, China’s Beijing EV Commission has encouraged six manufacturers to build electric buses, 19 electric scooters and motorbikes, three electric cars, five electric bikes and electric bicycles. Three years ago, the commission invested in BYD, one of those three, providing it with $260 million, giving it a 30% market share in electric buses and which spurred BYD to launch electric-scooter manufacturing at its Chengdu plant.

The Shenzhen company plans to launch in 2020 the Bibo 3, an electric vehicle with a 38 kWh battery developed by BYD and delivered to Shenzhen by a new facility in Zhangjiakou, near Beijing.

“We are not ready to disclose our profit goals as yet,” says the Shenzhen firm’s general manager, Li Guoming. “Only after this vehicle comes to market, we will talk about our [profit and loss] projections.”

Despite encouraging regulations and with China’s EV subsidy schemes, it’s likely we won’t be seeing electrified SUVs for at least a few more years—China’s automakers seem to be waiting for standards that fit their products more and are less stringent than European and American standards. That’s likely to keep the international auto giants on their toes for some time to come.

BYD is listed on the Hong Kong stock exchange.

Get the Monitor Stories you care about delivered to your inbox. By