A $2m research project to turn a modest Texan graveyard into a fitting tomb for the Alamo is stirring up a strained Texas rivalry. Researchers are currently exhuming the remains of 1,200 veterans of… 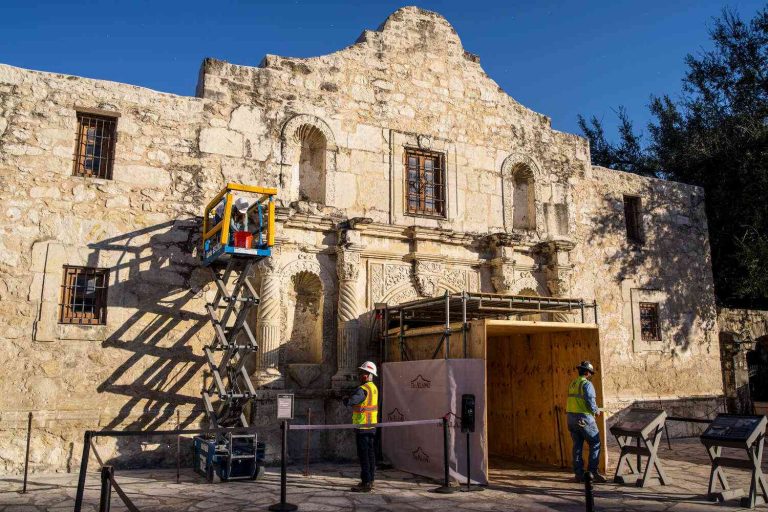 A $2m research project to turn a modest Texan graveyard into a fitting tomb for the Alamo is stirring up a strained Texas rivalry. Researchers are currently exhuming the remains of 1,200 veterans of the Mexican war of independence who were buried in two locations in 1836 – at Camp Corpus Christi and at the Alamo, which the Mexicans captured in 1836. A decade ago, an anonymous family in San Antonio complained they had not had a proper burial there. So cemetery officials consulted a London anthropologist, Philippe Tangney, who drew up a plan of what the resting place should look like. But drawing up plans for graveyards is not the same as building them – another of Mr Tangney’s plans, for the Alamo, met with a fierce backlash from the Posse Comitatus, a group of military buffs opposed to any overt military symbolism. Their wrath was sent back to England by Cesar Prado, a US Army sergeant who fired the bullet that killed General Bowie during the Battle of San Jacinto. The group promised to dig up bodies in a massive bid to sweep history under the Alamo’s dusty earth. The Posse has since completed its work in a wind-whipped, eerily empty tomb, with only rocks visible marking graves and shallow graves. ‘Heavy traffic’ “There was a policy of burying [presidents] in Fort Sam Houston and it was always that way. Now they seem to be changing the policy to bury them in the Alamo,” Cesar Prado told the BBC in an interview from Fort Sam Houston. “President [Donald] Trump is now talking about doing it there. I don’t know what he is talking about, but I’m not sure about that,” he said. Imperial Brigadier-General Hugo Munoz, with immediate orders to do all in his power to halt the Posse’s work, described the cemetery as the “centre of the world” in reference to Hollywood blockbusters about the Alamo. He conceded there had been some infighting over the plan. “Right now we have a burial bed there. As soon as they see they have to lose weight, they start getting depressed. Those poor trees are going to become trees that grow in the mud. It’s going to create heavy traffic,” he said. But the Texans, who are being represented by state representative Poncho Nevárez, are hoping the controversy over the Alamo will help change how U.S. veterans are treated. “When I go to San Antonio, I’ve never been able to purchase the prices for these bottles [a small bottle of beer] at all. I don’t even know why that is,” he said. “What would that say about the Americans today if we were all buying our beer at McDonald’s? That’s the home of the Alamo. But don’t promote it as our representation,” he said.

StumbleUpon What are these? E-mail this to a friend Printable version