Photo There’s nothing like feeling a little old, frozen in time. Or even old, not frozen in time, ready to feel young again. That’s exactly what I experienced at the opening party of my… 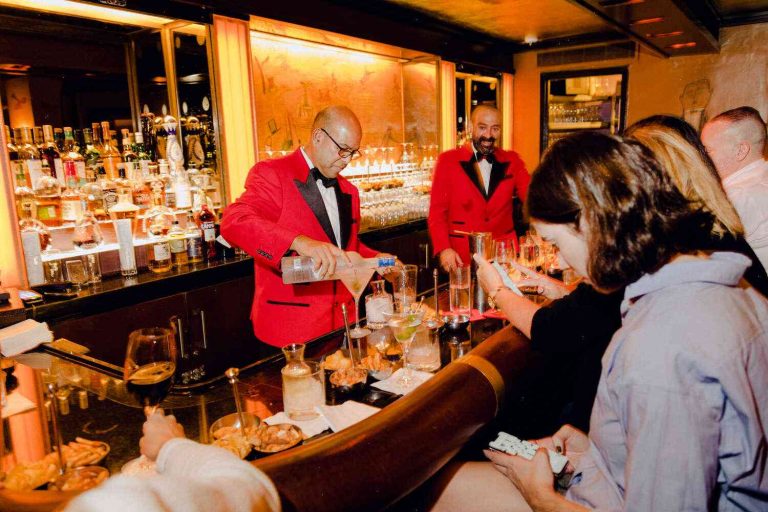 That’s exactly what I experienced at the opening party of my cousin’s new book, Manhattan Down the Hatch, where I was one of the handful of young people in the room who lived in the city at the turn of the century.

I love the old way of life, not just because it seems time-traveling, but because it’s also the best way to discover cool things and fantastic people. You will also have dozens of fun drinks.

The book reflects the experiences of a group of young New Yorkers in the city at its best, as they navigated “the World’s Most Intriguing City,” with characters such as Sasha Baron Cohen, who wrote a chapter in the book, “The Rise of the Middle Eastern Empire and My Day With Tony Blair.” (The London native’s invention inspired Mr. Cohen’s Da Ali G Show.)

“Time and again we found ourselves gazing at our surroundings, mesmerized by the collection of pioneers and the stories they told,” the authors say.

The book also dives into the stories of five young 20-something men (John Dean, Samuel Bosworth, Rick Levin, and Douglas Yeager) who befriended the notorious legendary financier, financier and sportscaster, Al Zuccotti. These men describe what it was like to lose friends, money and perceptions in Zuccotti’s explosive organization.

More traditional, dated places that people perhaps will avoid in future for that reason, like South Street Seaport, are also discussed in the book.