French fishermen threatened on Tuesday to block the Channel Tunnel and ports as part of an action plan over the West Coast ports’ government-to-government agreement for ocean access. A “citizens’ convention” will protest against… 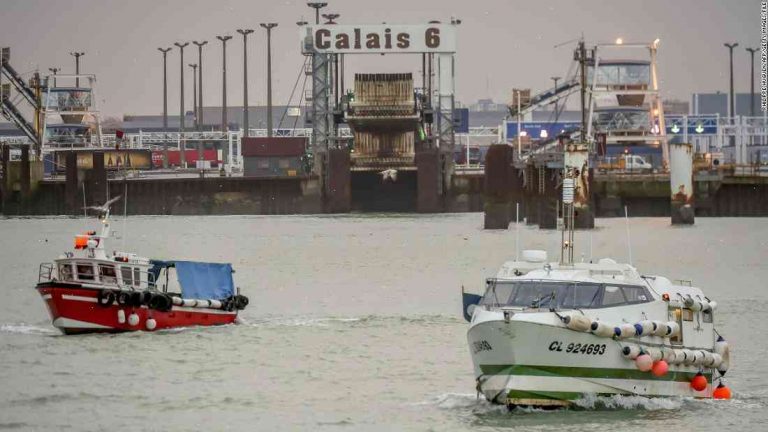 French fishermen threatened on Tuesday to block the Channel Tunnel and ports as part of an action plan over the West Coast ports’ government-to-government agreement for ocean access.

A “citizens’ convention” will protest against the agreement on industrial fishing rights, which they say will cost them their jobs and land their catch outside national waters.

The Drouot fishing port in southern France may also join the protest in a show of solidarity, local officials said.

The maritime law amendment is to increase the access to waters in the ocean zone east of Dorset in England to EU fishermen, who will be able to keep their catches inside British waters, Reuters reported.

Coastal England, the southern half of Wales and the Channel Islands are currently full of protected reefs and other marine nature reserves. There are also protections against future development, which the fishermen are now eager to disregard.

“We think we should be able to go as far as they do,” said Jonathan Baker, director of the French fishing and conservation group PODER, which represents around 40 coastal French fishermen.

“We’re very disappointed the [negotiating] council for protection of marine life and environment did not reach a compromise with French fishermen. Now we’re risking the reputation of the zone, which was mentioned by the government,” he added.

Activists will gather at a central Paris square on Wednesday before starting a convoy to Europe’s busiest shipping lane.

In a statement, the French government insisted that the amendment covers sea off Britain’s coast, which will add around 400 square kilometers to a 750 square kilometer area already inhabited by foreign vessels.

French President Emmanuel Macron made preserving fishing zones in the global commons a key part of his manifesto when he was elected last year.

According to the British media, other European fishing nations such as Spain and Denmark also protested the agreement because it threatens to restrict access to their waters.

The European Commission approved the amendment last year and set a deadline of Wednesday for British and French coastal fishermen to come to an agreement to prevent a confrontation.

The French are reportedly willing to accept British concessions in exchange for a future deep-sea fisheries agreement.

The last major trade dispute between Britain and France happened in 2003, when France blocked access to British ports to protest a dispute with Norway over the imposition of tax on Danish-owned vessels in British waters.

Britain agreed to pay compensation to the French authorities.